Archaeological discoveries across cultures depict images of the game of field hockey, including sketches unearthed within a 4,000 year-old Egyptian tomb. Today, field hockey, known more commonly as “hockey,” is played in more than 100 countries and is one of the top six sports in the world.

In the summer of 1901, Englishwoman Constance Applebee traveled to America to study at Harvard. A lively discussion prompted Applebee to head to the lawn to demonstrate field hockey, a sport that had boosted her from a frail child to a strong woman inspired to study physical education in college.
“The Apple,” known for her “sweet nature and sharp tongue,” was promptly encouraged to travel to various East Coast colleges to demonstrate the sport. Soon, Vassar College in New York and Bryn Mawr College in Pennsylvania added the game to its offerings for women athletics. By 1922, the United States of America Field Hockey association (USA Field Hockey or USAFH) was established as a central resource.
Fifty years later, the sport finally spreads into the western United States. Title IX is the impetus of the sport’s evolution in America.

The 1972 civil rights legislation of Title IX outlawed sex discrimination in relation to all educational pursuits. In regard to sports, Title IX required schools receiving federal aid to allow all sexes to compete equally in sports. In particular, females were significantly underserved in regard to competitive, athletic opportunities. Title IX spurred universities throughout the National Collegiate Athletic Association (NCAA) to establish field hockey programs for female athletes, including at Michigan State University (1972) and the University of Michigan (1973).
In 1978, Roxy Block, a former collegiate field hockey player, began coaching the sport at Greenhills’s middle school in Ann Arbor, which already had an existing program. Block coached the team for two years, and then began assisting Varsity Coach Leslie Fry, another former collegiate player, who held the Greenhills’s high school position from 1979 to 1984.
In the 1980s, Block and Fry, along with Elise Garrett, established a recreational field hockey program in Ann Arbor for 3rd through 8th graders with the aid of a USA Field Hockey grant to purchase sticks and balls. Meanwhile, Ann Arbor Pioneer High School began its near domination of the competitive high school scene. In 1980 at the Moscow Olympics, women’s field hockey was played for the first time. (Men’s field hockey was introduced in 1908 and permanently added to the Olympics in 1920.)

In 2003, Block, in conjunction with Fry, started a field hockey program at Honey Creek Community School of Ann Arbor, so that daughters Corey Block and Casey Fry could play the sport they loved. With the aid of another USAFH grant, the Phoenix Field Hockey program was established. A passion for field hockey was ignited in both daughters after just a year of play, so naturally it was time for Block and Fry to think about establishing a high school program for their home community of Chelsea. Corey was headed to high school the following year.

Block and Fry advertised for a coach to launch the new Chelsea-based regional field hockey team. Donald Hes answered the ad and, together with Block, headed up the day-to-day tasks of a new sports club team for girls who attended schools that did not currently have active programs. The intent was always to eventually spin off high school teams to grow the sport in Michigan.
After brainstorming team names, Block knew that “Washtenaw Whippets” was the ideal moniker to capture its region and mission. Besides the alliteration, “Whippets are tenacious and very, very fast,” said Block. In fact, canine Whippets are sprinters that can run as fast as 35 miles per hour.
Hes, a Dutch National, brought a lot of experience to the new team. Based in Saline at the time of the Whippets launch, Hes played hockey as a youth in The Netherlands and helped coach at Western Michigan University. On his WMU team was Nancy Cox, founder and lead coach of Pinnacle Field Hockey of Ann Arbor. From the start, Hes’s plan was to establish a field hockey program in the Saline community.
With the aid of another USAFH grant and the goodwill of many, the Washtenaw Whippets played its first season as a JV team in 2004 with Corey Block as a freshman player. The first field location was at Washtenaw Intermediate School District in Ann Arbor. The team consisted of high school athletes from Chelsea, Saline and Gabriel Richard. Opponents consisted of Ann Arbor Schools (Huron, Pioneer and Greenhills), Dearborn, East Grand Rapids, Detroit Country Day, Marian of Bloomfield Hills and University Liggett of Grosse Pointe Woods.

In the early years, the Whippets were determined to find a field – any field – located in Chelsea to reaffirm its brand as a Chelsea-based team. In 2005, with Leslie Fry now on the coaching staff with Hes, the team found a new home at “Pappos Field” next to St. Mary’s Church in Chelsea and established a varsity team. Athletes from Dexter and Manchester joined the team. Over the forthcoming years, various Washtenaw County communities were represented in the Whippet team profile.
In 2008, the team relocated to its current Pierce Lake Field, off Old US-12 behind the Chelsea School District bus garage. Five years later, for the first time in Chelsea, the team competed at the Chelsea High School stadium in the state tournament Quarter-Finals game and clinched the win.

The Power of Pink

Intentionally, the Whippets always “lacked pretentious packaging,” a phrase coined by writer Allison Ryan about the team in a 2007 article, titled “Orphans United” in the Community Observer. Block and Fry chose pink and black as the team colors to stand out from the more traditional school colors of blues, greens, burgundies, and “East Coast preppy,” another Ryan phrase.
The vibrant pink became a symbol of the team’s tenacity as the Saline program spun off from the Whippets in 2007 to establish a high school team. Two years later, a Title IX violation prompted the Dexter School District to add field hockey as a high school sport, thereby gaining the Dexter athletes who had played on the Whippets team. With each spin off, the Whippets rose to the challenge to regrow the number of athletes involved in its program.
The year 2007 was an exciting year for the Whippets for several reasons. With Casey Fry now on the team as a freshman and other talented players, including Corey Block, Johanna Grum, Mackenzie Gilmore, Courtney Wonsavage and Kate Brown, the Whippets won the Division III Championship. Players also trained in USA Field Hockey Futures and participated at the National Tournament. Most exciting, Corey earned a spot on the Jr. Olympic team.
With a new USAFH grant in hand, the Whippets acquired new sticks and balls to bring the sport into middle school physical education classes to introduce the sport of field hockey.
In 2008, the Whippets were bumped up to Division II. Between 2008 and 2009, the Whippets said goodbye to many of its first team players, including Corey who signed on to play Division 1 field hockey at Michigan State University. She later captained the MSU team for two years. Also notable, Saline’s program had grown to 50 players on high school teams in 2009, while Dexter’s school teams grew to 40 players in 2010. The Whippets had germinated two successful high school programs.
By 2010, the Whippets were down to one Varsity team, consisting of 19 players. The team had only seven returning players, including senior Casey Fry. Twelve players were new to the sport. With the need to grow again, the Whippets’ team included seventh through twelfth grade athletes.

Though 2010 was a challenging year, with zero wins and only one tied game, the experienced players mentored and positively influenced the younger athletes on the team. After the season, Casey graduated and committed to play field hockey at Wittenberg University of Ohio.
With the intent to add a junior varsity team and grow the program again, Block and Fry focused on developing a spring recreation program for Chelsea girls, in conjunction with Ann Arbor’s recreational program, which the pair had established 30 years prior.
In 2012, the lean Varsity team won its second Division III championship. The following year, the Michigan High School Field Hockey Association aligned divisions into two, rather than four, so the Whippets were bumped up to Division 1. In post season tournament play, they won Division 1 Quarter-Finals in 2013, but the team lost in a heart-breaking overtime game in the Semi-Finals.
This same fall, the Whippets had launched a new middle school team at Beach Middle School, coached by Sergei Lie.
In the spring of 2014, five Varsity team members graduated, including Julia Porter and Madisen Powell, two team members who had played strong team and community leadership roles throughout their high school years. That fall, the remaining team members rallied and returned to the Semi-Finals, only to lose once again.
During this era, twins Maggie and Meghan Cole each earned a spot on the Jr. Olympic team in different years. Team members Sarah Mesko, Gabbie Wink, Jessi Olmsted, Hannah Moore and Madalyn Allen competed in regional and national tournaments throughout their high school years.
2015 graduate Hannah Moore continued her field hockey career as Goalkeeper at McGill University in Montréal, Québec, Canada.

As planned from the start, the Whippets finally became a Chelsea High School Bulldogs athletics team sport in 2015. Wearing traditional blue, gold and white uniforms, the team projected the Bulldog spirit – strong, determined – to win the Division 1 Championship and State Championship Runner-Up honor.
The team, with 10 seniors, won the Division 1 Championship in the regular season, beating Ann Arbor Pioneer for the first time in team history. The newly minted Chelsea Field Hockey Bulldogs team battled its way through state tournament games to reach the championship game for the first time ever. Even with the heart-breaking 0-1 loss to Ann Arbor Pioneer, the 2015 team had a most impressive record. The athletes earned two trophies, including the State Runner-Up trophy. Six players were recognized with Division 1 All-State awards, the most of any team in the league.  Four athletes -- the Cole twins, Mesko and Wink – committed to play field hockey with Division 1 universities.
And though the prominent pink shirts were set aside in 2015, they will continue to be worn in one symbolic game in late September or October to raise funds for the National Foundation for Cancer Research in a "Play4TheCure" game in honor of Co-Founder Roxy Block and other family members and friends who have lived with the disease.
Moving forward, Chelsea Field Hockey will blend its historic Whippets’ tenacity with its Bulldog intelligence and strength to rebuild the teams once again to chase the ultimate coup: the State Championship trophy. 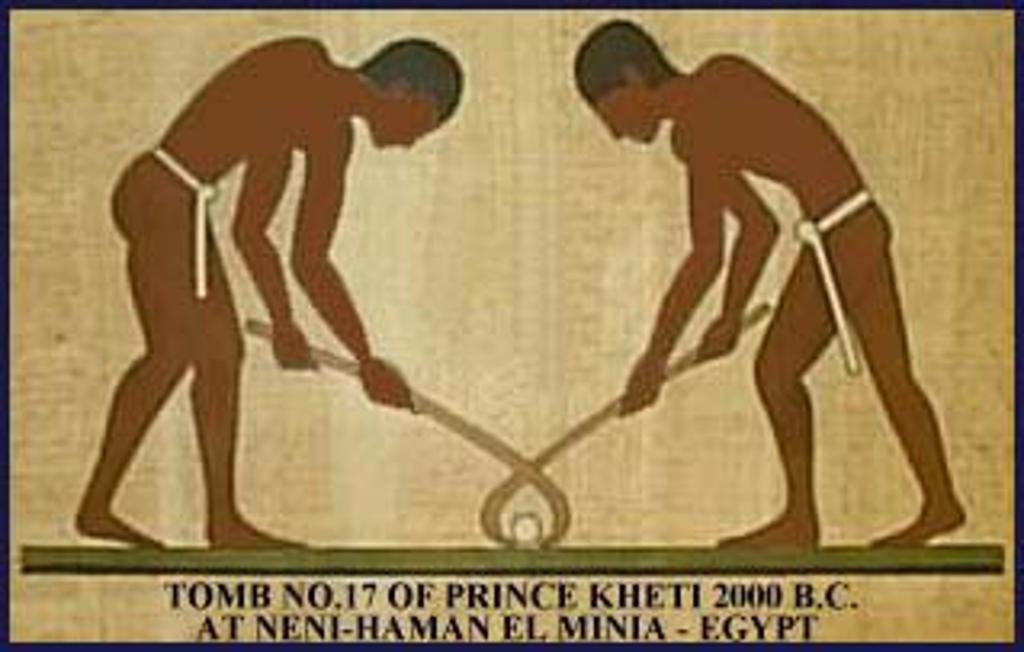 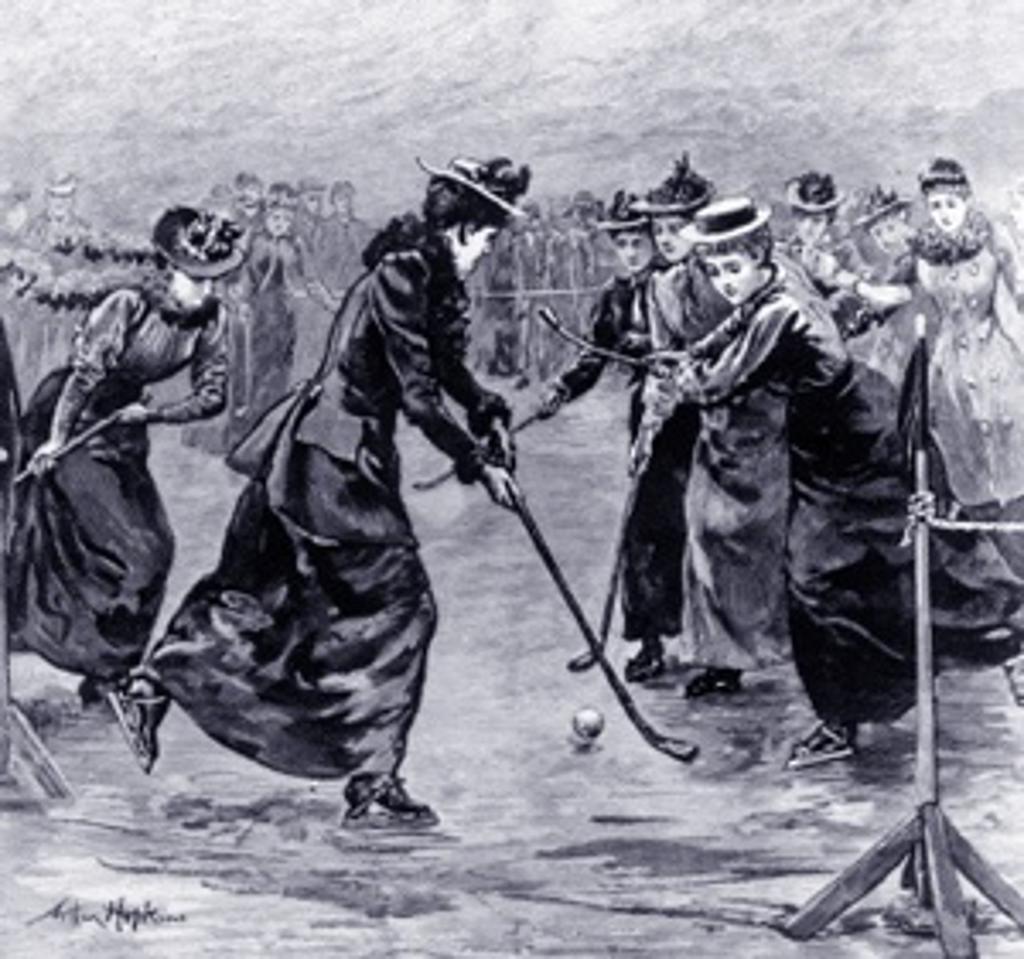 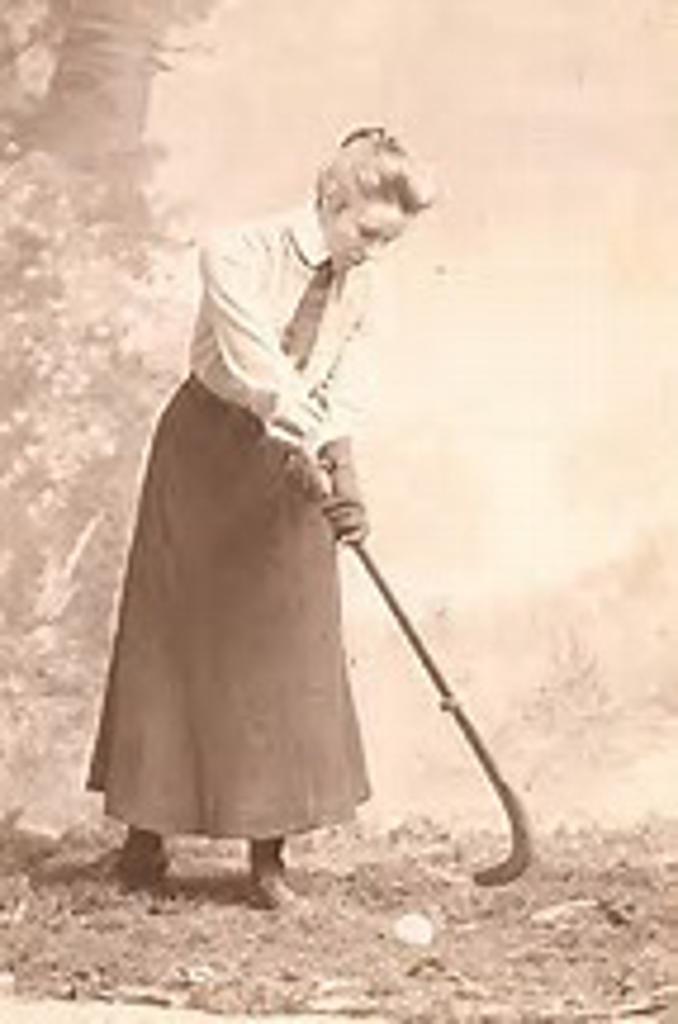 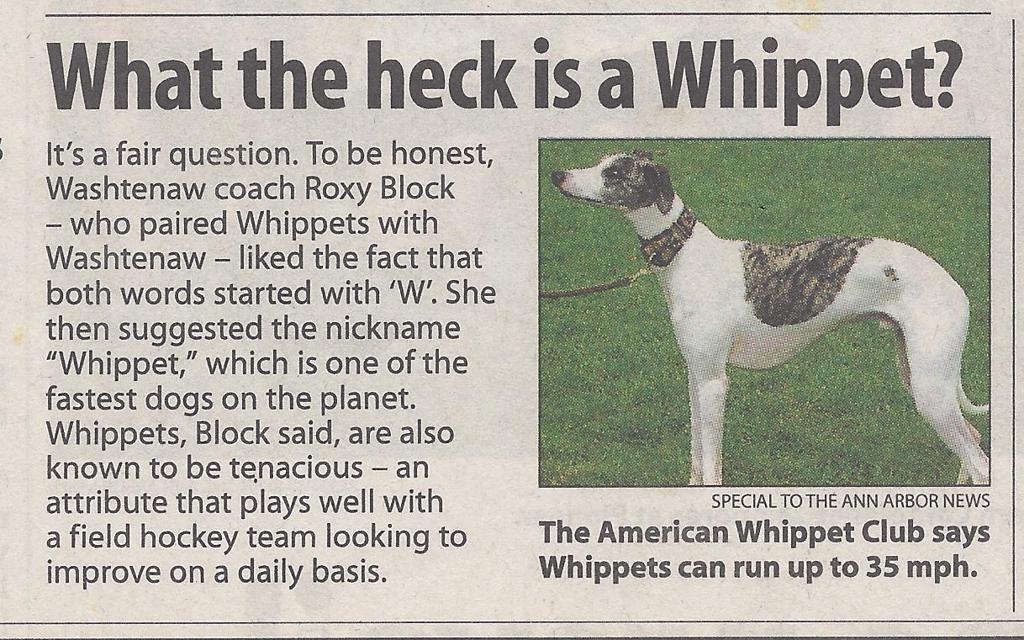 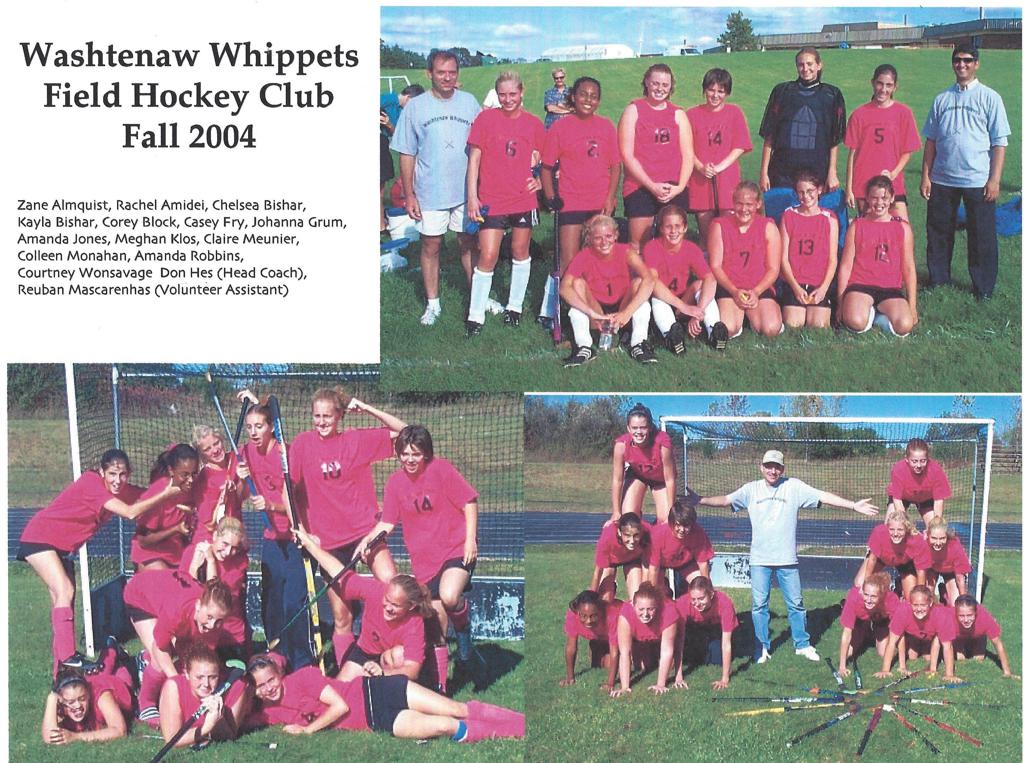 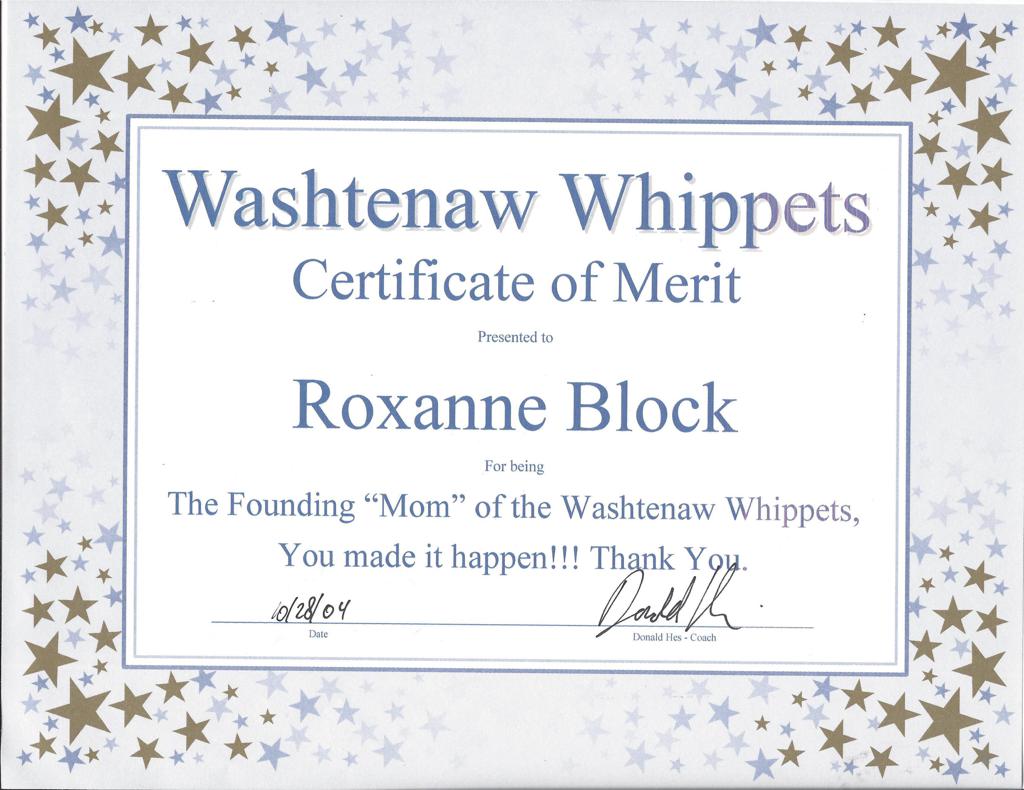 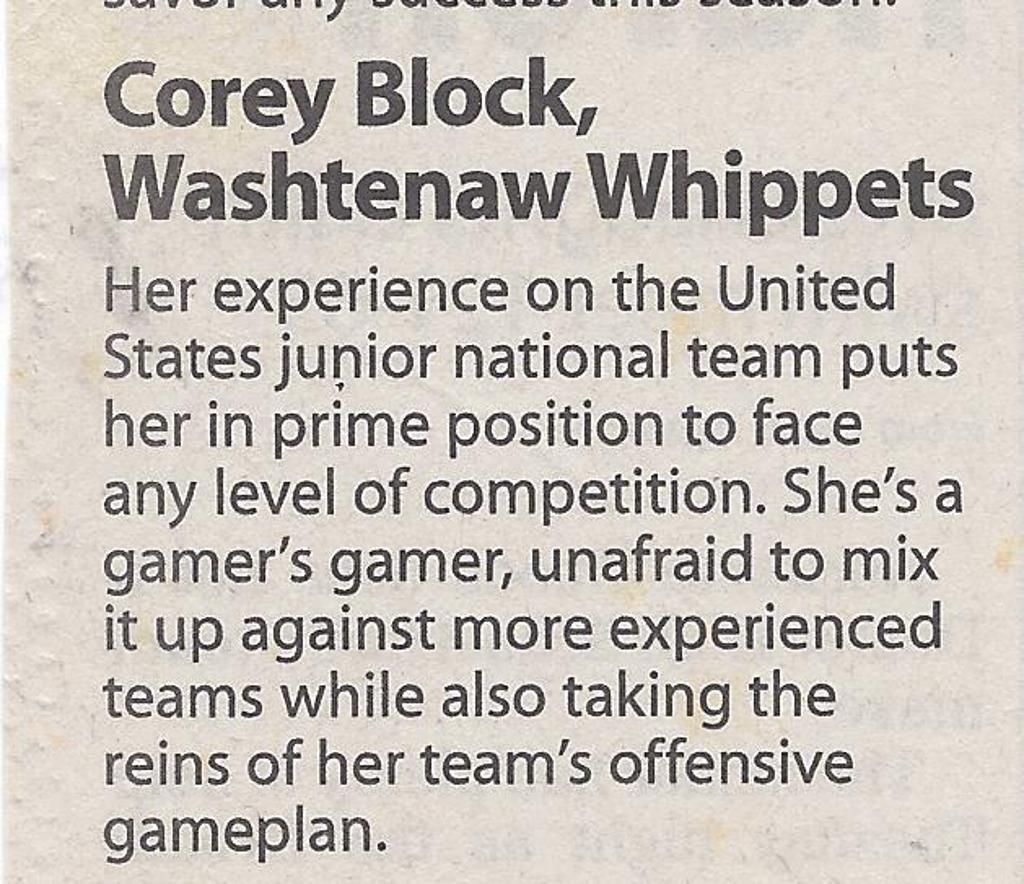 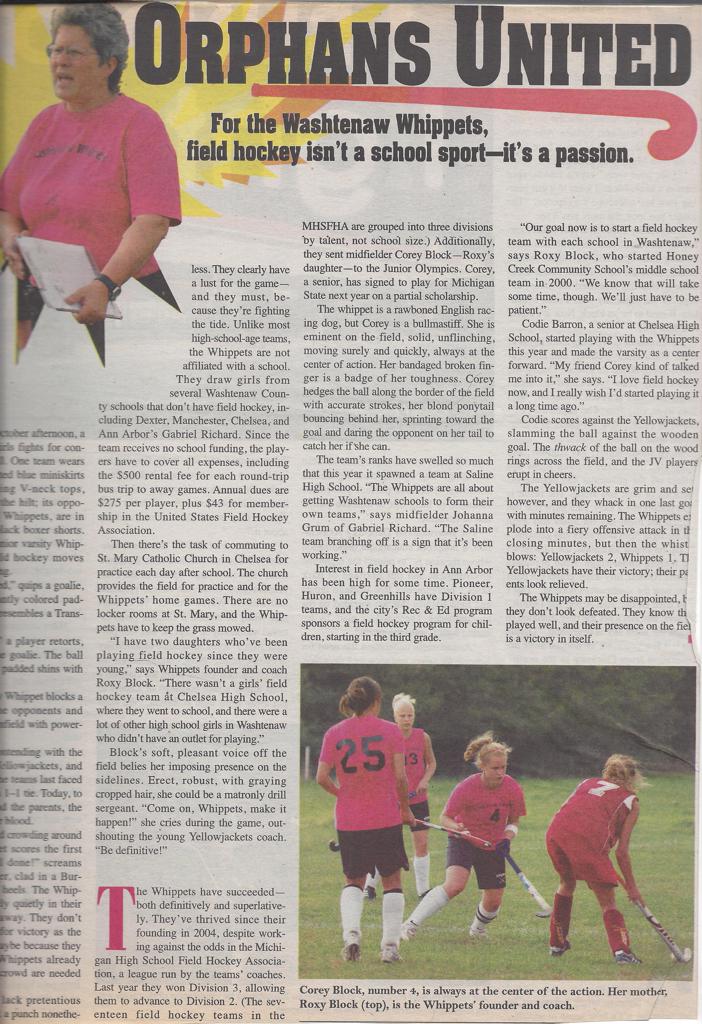 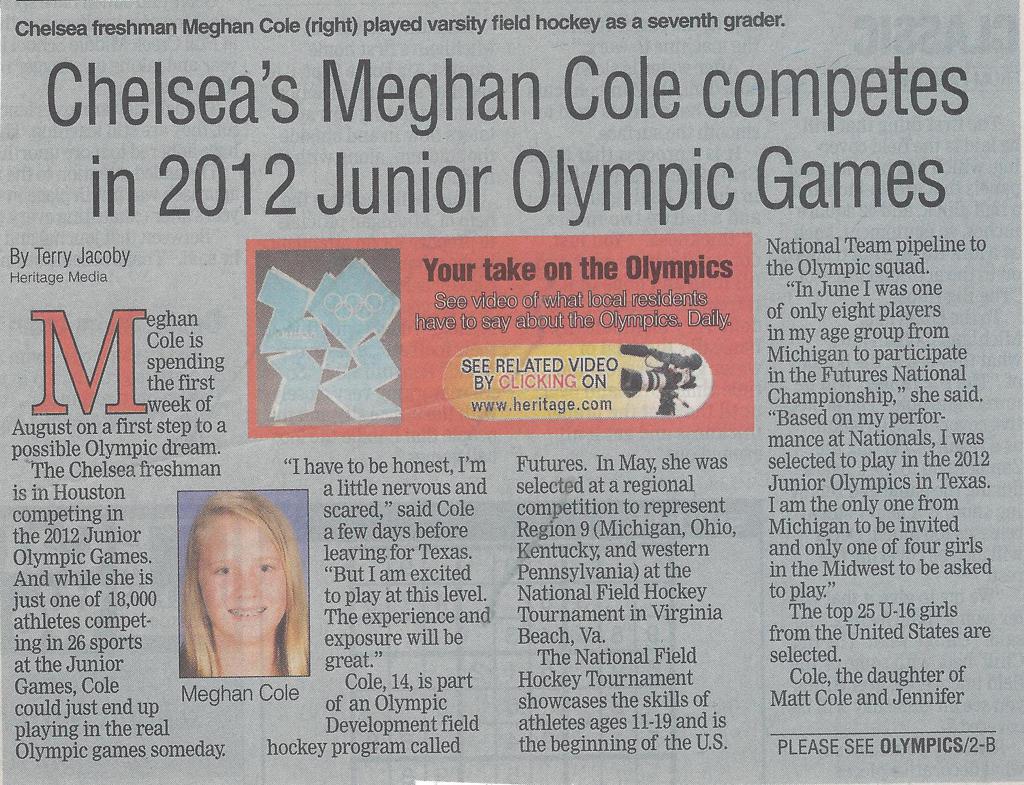 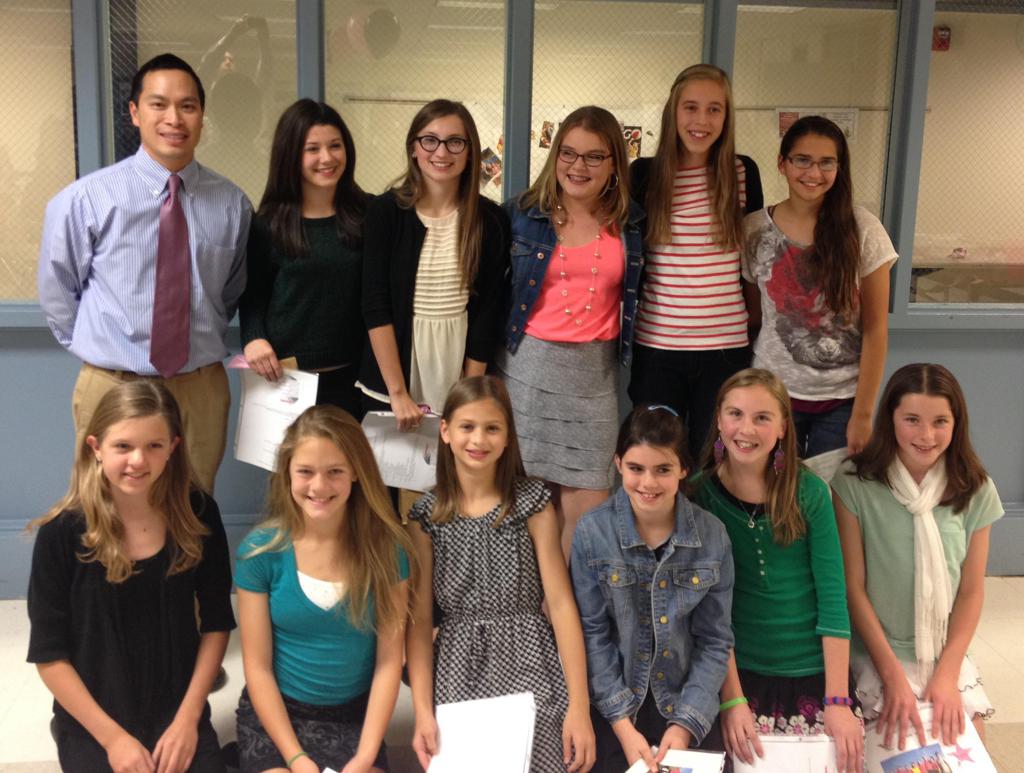 In 2013, a new middle school team was launched, helping to evolve the development pipeline for the high school program. 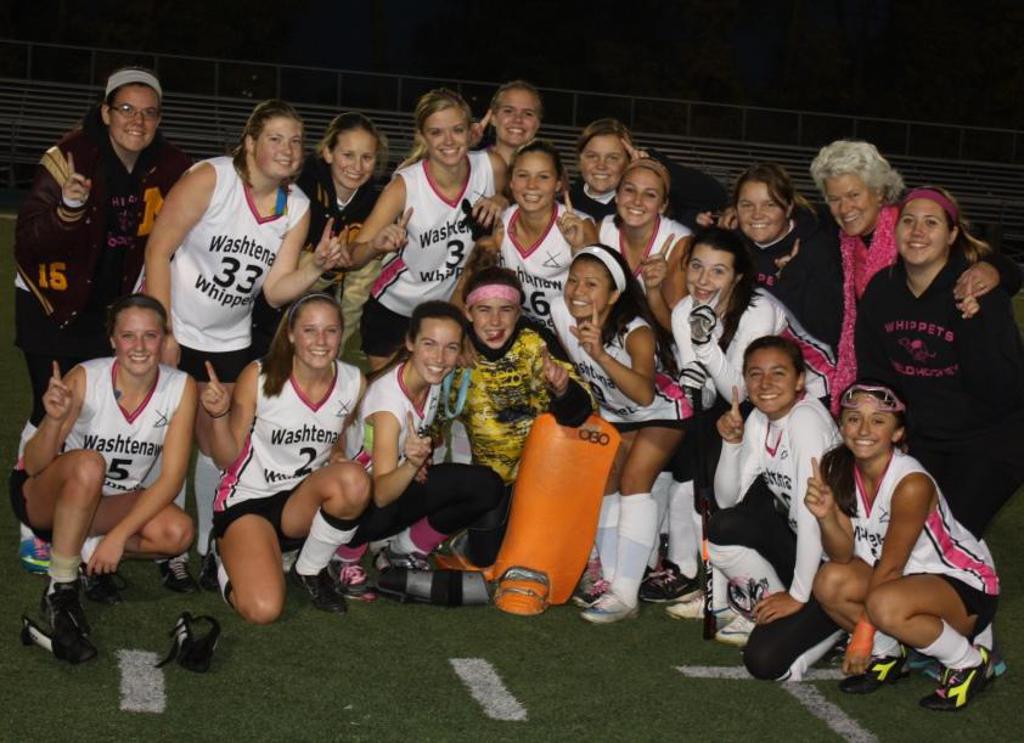 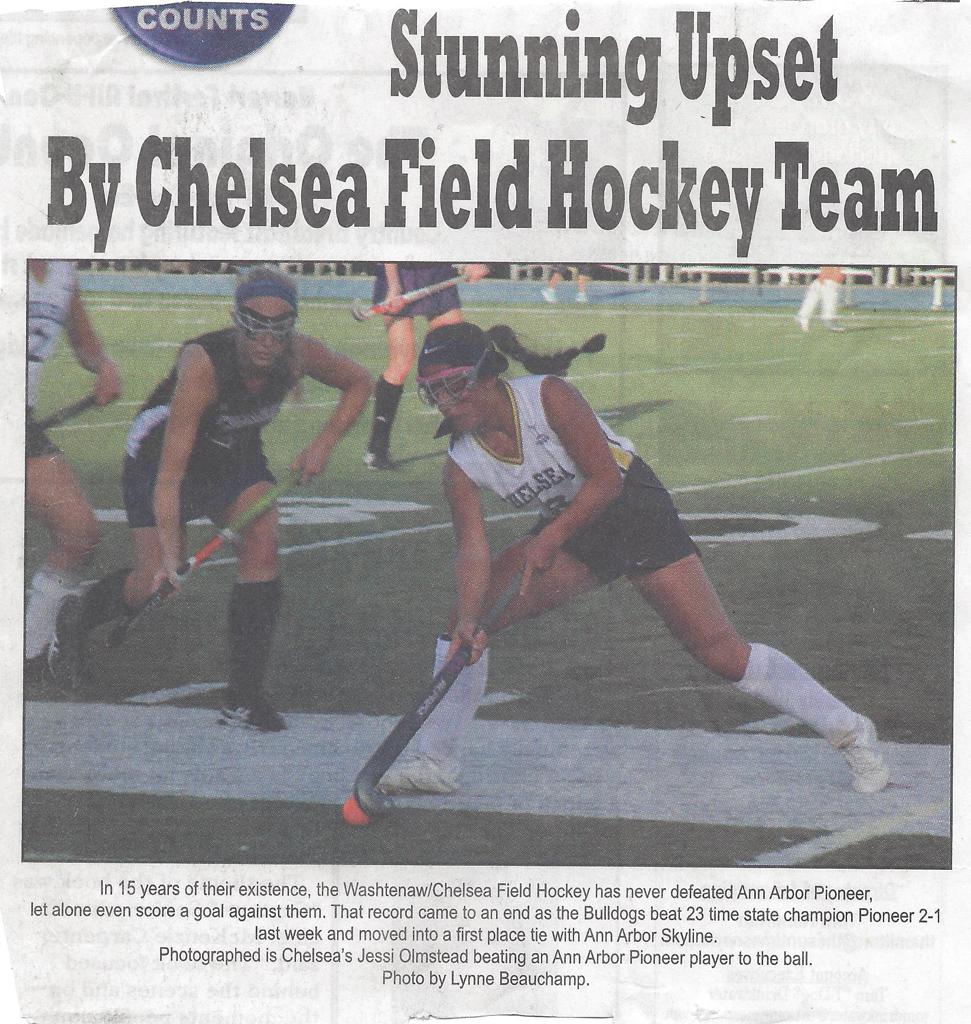 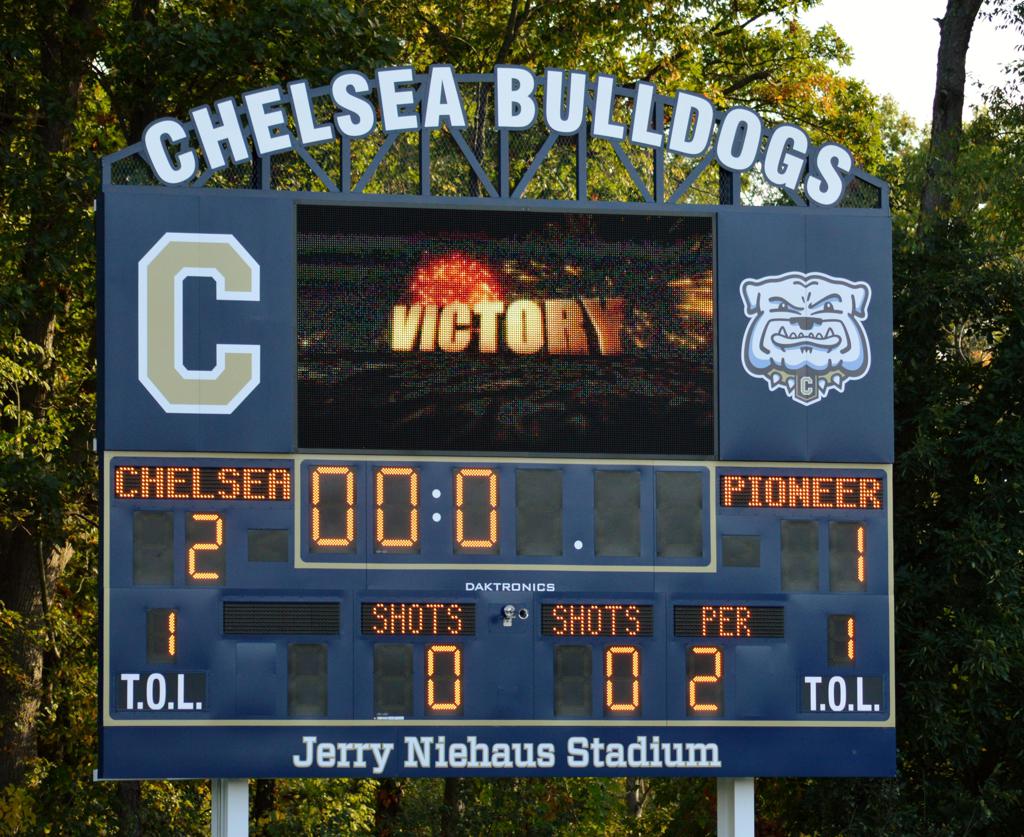 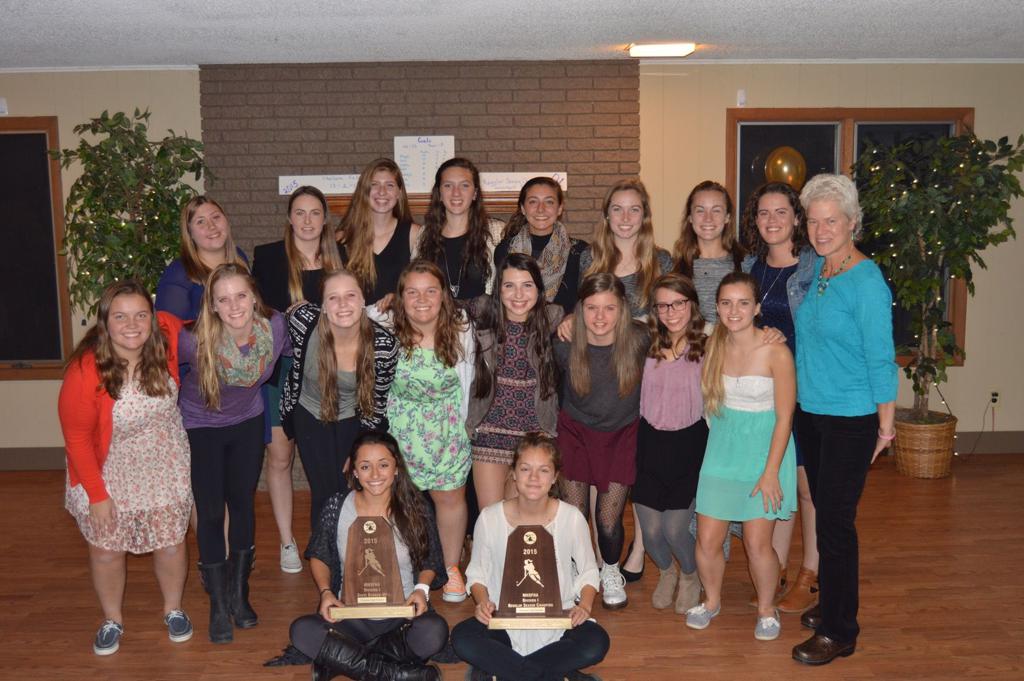 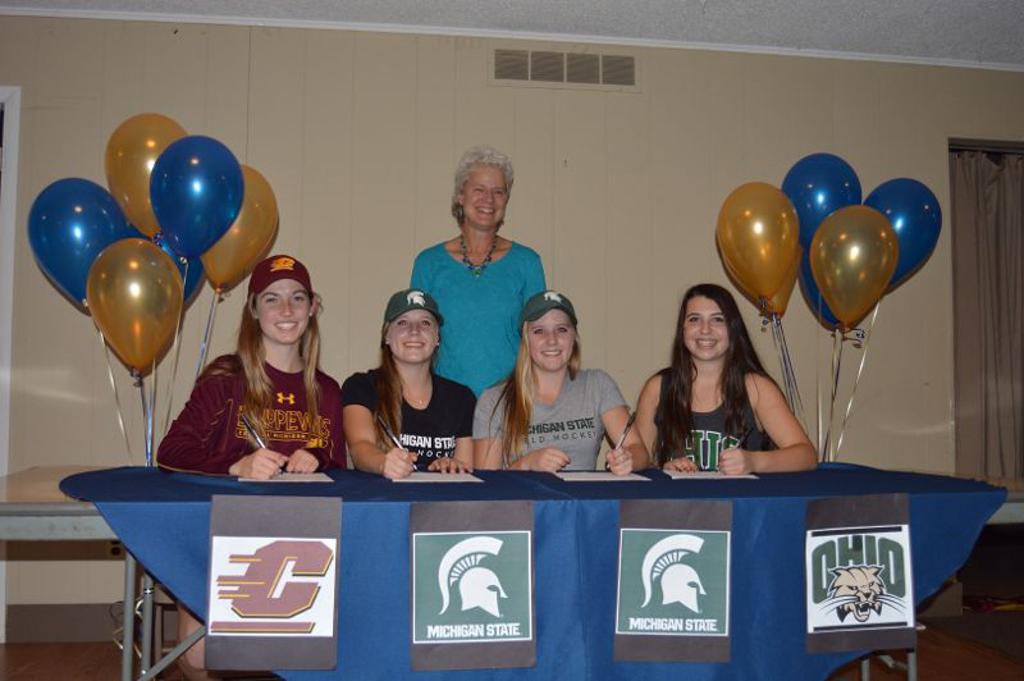